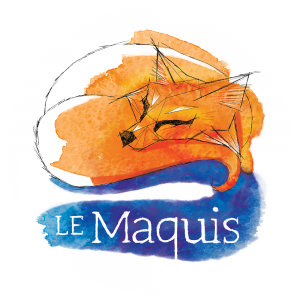 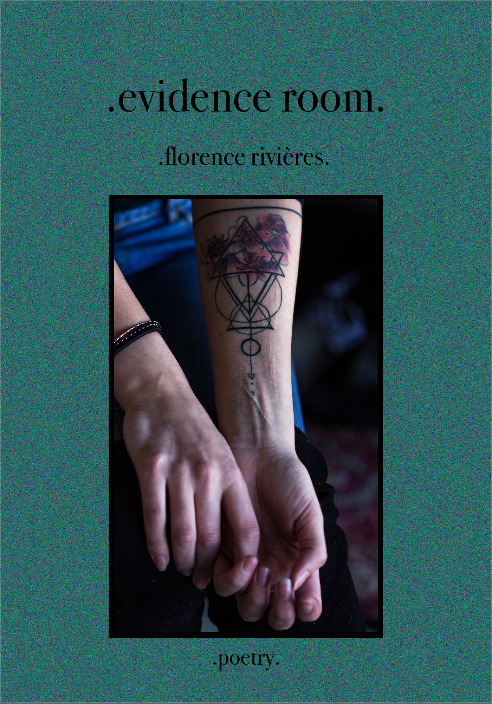 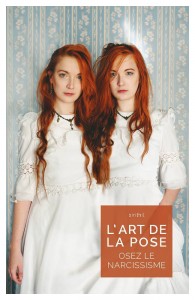 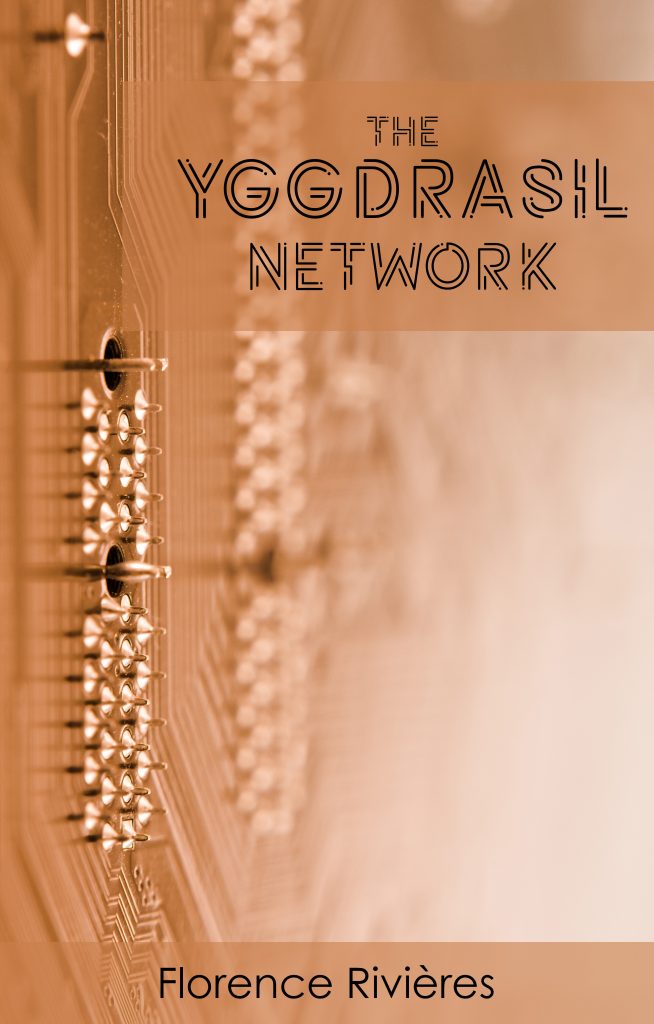 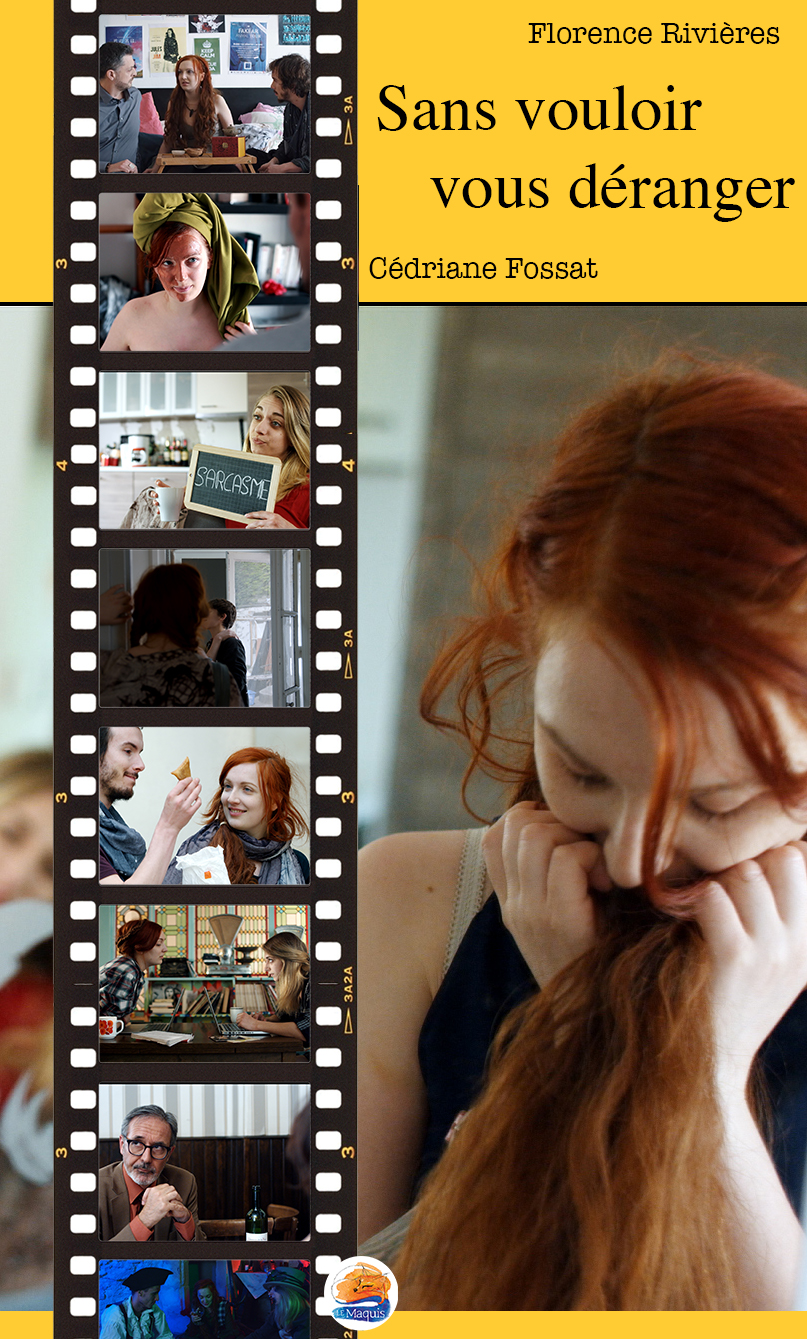 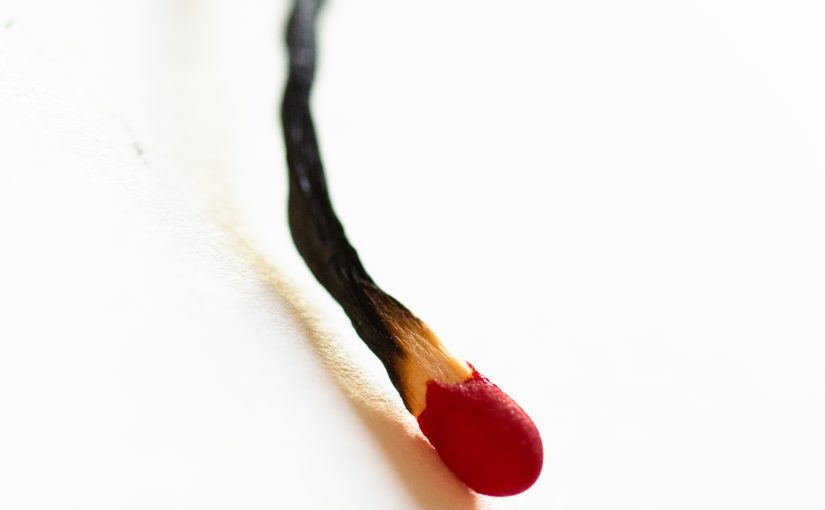 How many do you need
to make a good one?
the good and fair and honest
people in this town
would say an accurate
ten, of course.

so, the old
white
cis
straight dude
was in his right to film me
right to save the
unforgivable footage
right to be tapping
on my shoulder
right to point out
what a blunt spectacle
was happening in front of his eyes
or rather,
how it was happening
in case I didn’t
notice.

And so, with my unability
to take a compliment
as the way out it is,
proof has been sent
to this tribunal
testimony
has been sworn upon
and here I am
before all the judges
of the county,
defending myself
in this serious matter.

You’re afraid to ask
aren’t you

I’ll do it for you
« why would she do it
what twisted mind
would choose
to one-finger-type
through a whole novel?
what evil could drive you
and that sole finger
one letter at a time? »

but the truth, Mister and Misters Jury,
could be even more
disturbing than that.
what if I didn’t have
any choice?
what if I couldn’t use
all my ten fingertips
like the rest of you?
what if my brain wouldn’t let me?
what if I’m too crippled
to not break the law?
how fast can one finger move
before it is called unnatural
how hard do you have
to want the writing
to make it happen
one fingertip
at a time?

the case is closed. I did break the law.
you are scared and you should be.
but before you lock me in,
ask yourself:
if you take the typing
machine away
what new outrageous way
to write will I find? 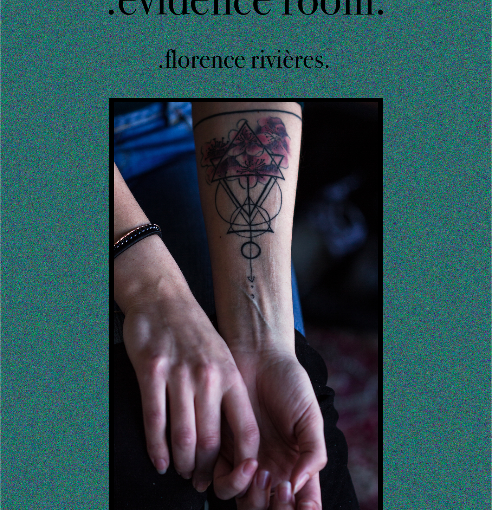 This is a spoiler
to all english-speaking readers
and a promise
to those who ought to see
that I keep it.

Model for this test cover is fierce Val Leroy, a journalist and a writer. 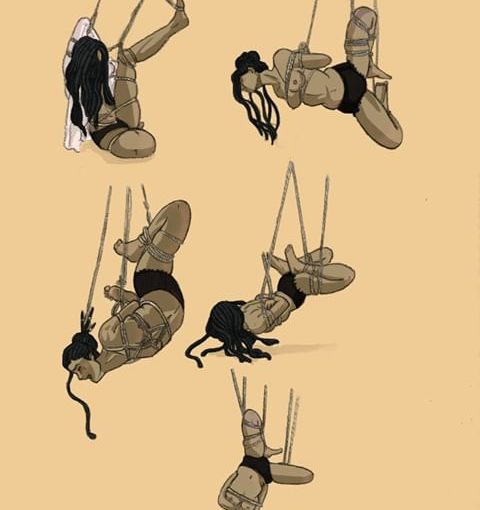 That one moment, when you feel
you’ve been screaming
all that’s been done
all the pain and the hurting
and the crimes
into a void
all these years
loud and clear
then one day you grabbed people’s ears
forced them to listen
and now, they be saying
“we had no idea,
how terrible,
how so sorry we all are!”

well, it was a void indeed 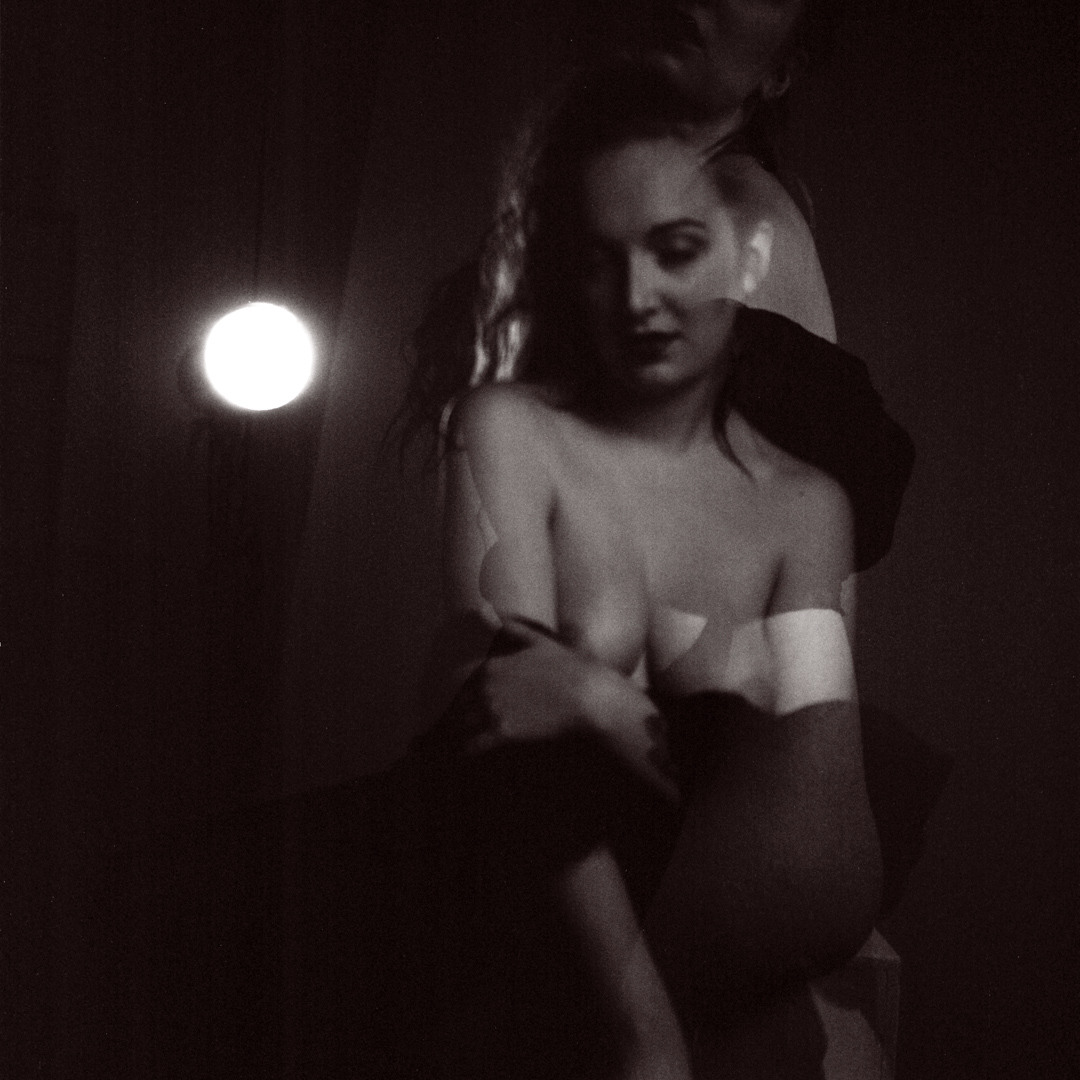 I’m trying
to stay asleep
as long as I can
so I don’t have to write
in my journal
because if I did, then my journal would hold
what I’ve been through
and it’d remember
and everything
would be terrible

But then I wake up
and I do write
on my journal
in order to avoir
telling my friends
because if I did, then my friends would know
what I’m going through
and they’d say the words
and everything
would be terrible 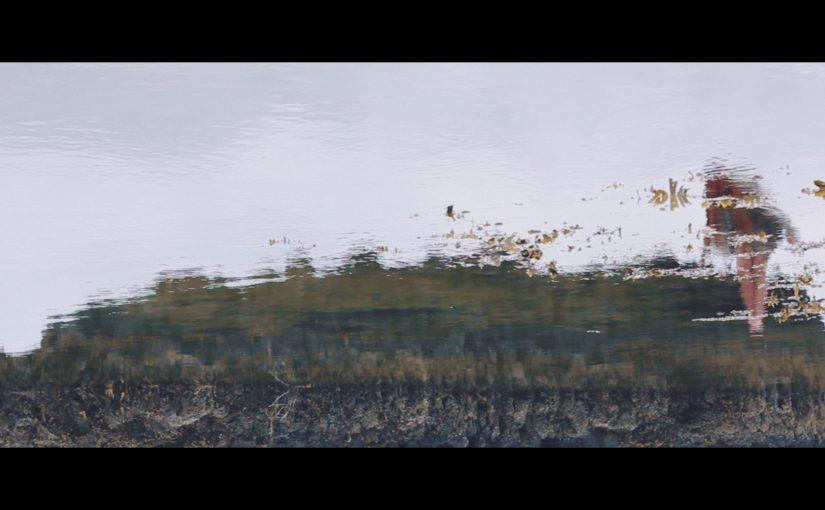 If you ever saw me
Say it like it’s not a big deal
Without even looking
If you’d let me whole,
Tell me
Like it’s the most common thing in the world
Because, if you emphasize,
even for one second
I’ll already be gone.

I’m not gonna stay quiet though
Not ever
Not when I need to speak up
But I often wish
I was someone who is quiet
so I could feel okay
being as loud as I want
when I need to.

It’s not that I’m that much of a monster
but anything can hurt
if it’s loud enough
and my love is usually very, very loud.
You think you’ve been through worse ?
But, darling,
that’s never been the point.
Better than the worst isn’t the same as good
and if it’s not good enough in politics
then it’s nothing close to enough
when it comes to love.

I’m sat and writing
and I’m not lonely
Pierre is pouring me glasses of water
Loïc is complaining
because I won’t drink milk
I’m with characters and feelings and things
that should feel safe some day
everything is where it should be
I’m taken care of
for now. 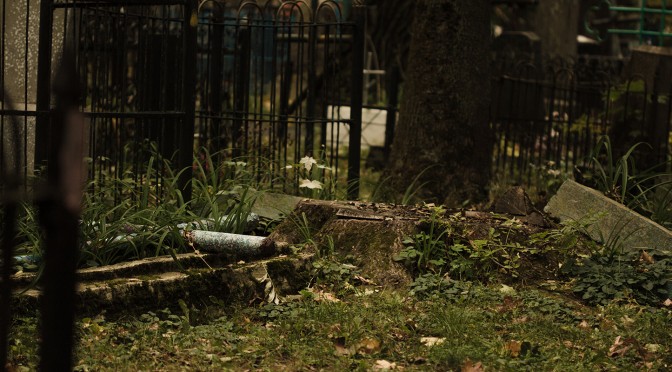 There are still ghosts in my head
wearing your face
without having
ripped it off
And they’re asking
on your behalf
« Who are you?
How dare you
care for me? »

I could start convusing
from being alive,
if I don’t have you to cool me down;
I’ll overwhelm myself
with the feelings I already feel,
when you’re so alive it hurts.
And they still will be here

It still happens, you know
when I wake up and I think
« there is this much beauty
and kindness and light in the world »
and you make me smile

I can be brave enough
not to run away
it wouldn’t be protecting me at all anyway,
would it?
I know what it is
to carry your heart broken
twice
at the same time.
Running doesn’t help
and walking away
even less.

I could do that, though,
carving feelings around you like you’re not here
like they’re the real art
like they’re all that matters
I wouldn’t even
need you, then
We’d be all together
And I’d go back to my writing
quietly
pretending that was work
all along,
and nothing else.

I could
if they convinced me to

But still
you should know
you’re amongst the ones 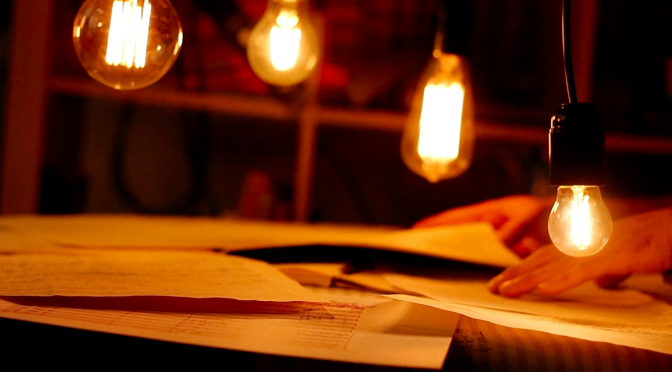 So,
You’re so fuckin’ great
I wanna write songs about you
songs and novels and poetry
but I never do.
I never write
about what feels good ;
about anything that’s meant to stay the same for a while,
I must remain silent.

But the truth is
I can’t write about you
because if I do,
I might start to move on
and I don’t want that
because you feel good
because
even though you’re this
impossible boy,
even though I can only think,
there is nothing bad to think about,
and I’d like to keep that
just a little
longer

I do not want to risk
writing you out of my head
because the truth is
if I do
I might start to move on
towards what?

And
if you’re
the impossible love of this part of my life
what does that make you
and what’s left of you
when I start growing forward?

That makes you
what you were all along

That makes you my friend 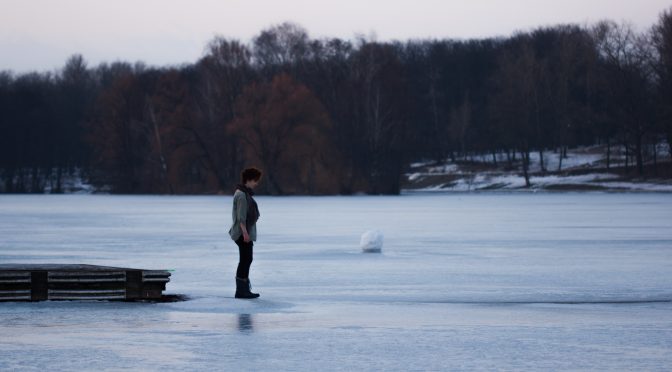 Don’t you wish to be anything else ? 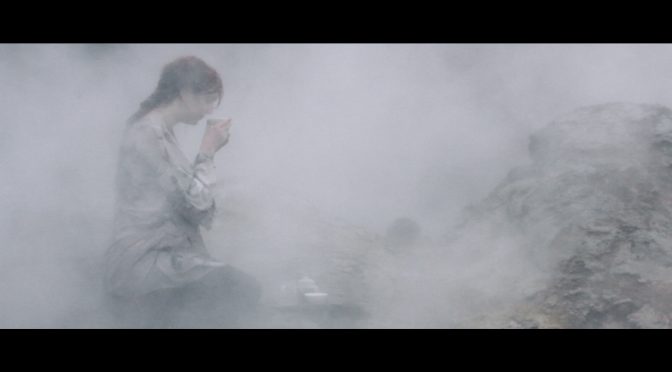 Step 1 in every journey : put it on the new ground and feel like you finally came home. Feel it. Allow yourself to.
Step 2 : find tea, and those who love it.
And then you’ll be fine.

When I first flew to Belarus, I had no idea what to expect. Well. That’s not true. I had some ideas, given the friends who had told me stuff they had experienced here, in that same context. The school. The nine-months long intensive acting school they had attended and I was going to go to myself.

They didn’t tell me much about the country itself though – or the culture. Everything was about the school and now that I am here myself, I get why. I don’t think they had time to go out in the world, I know I don’t. So I started to steal it because if not I’d probably die.

They mostly told me about each other, about their connection. “These strangers you’re afraid of meeting now, they said, talking about my soon-to-be French classmates, there is no way you keep see them as strangers after a month.” Well. It’s been five, and they are now as strange to me as can be. The harder I tried to reach out, the further they went, to the point that I thought – it’s just not for me. Why in the name of sanity would I put myself in such a situation?

By that time I did learn a thing or two about connection, though, from the tea bunkers I’ve been discovering under the ground of this city. You would never guess they’re here. You’ve walked for over an hour under the snow in this almost all-soviet-styled city, and then you push a door and take a stairway that leads to a corridor – and there you are. Tea houses. They’re the safe spaces you’ve been longing, and they’re the common ground from where you’ll be able to heal and grow out.

Connection doesn’t lie in all the What’s your names and the Where are you froms. It’s not about over-communication or spending all your time in the same rooms without seeing each other, or even sharing a same language. Most times, connection doesn’t even require words.

It’s the little things. It’s that person brewing tea, gong fu cha-style, in the middle of the streets for strangers and trusting you with the teapot while he walk away for a bit. It’s the ones who won’t let you circle back to your favourite oolong because they understand who you are and why you’re here, it’s the moment when you’re just sat but they’ve been watching you and they decide that you’re ready and it’s time, and they bring the special teas out and share them with you. It’s the French lyrics that pop under the roof because you’re from France and basically the only person here. It’s that one who noticed that you liked that little flat pig ceramic so much that you came back for it – and now he won’t pick another one for you, whenever you come, and it’s the smile you exchange when it’s your turn to notice.

It’s actually funny, how easy it is for some people to make you feel like you belong, without actually using any words, without saying anything – because they can’t. Because you don’t share a language with each other.

But it makes sense.

It makes sense because connection was never a matter of communication. It’s not the words or the big conversations or the hugging, it’s not even the kissing and the sex. Connection can happen in the middle of all these things, but it’s not what it is. Connection is about seeing someone and noticing that, at that same moment, they are actually seeing you too.

Wherever I went, tea was always a life-saviour – would I share it with people or have it shared by them. Because when it’s not wild nature, when it’s cities and humans and buildings, you have to reach out to someone. Otherwise you’re just consuming the hell out of the place you’re traveling to.

Tea is my common ground. It’s the way I can connect with someone. It’s how I travel, and from where I can find my feet.

It’s actually funny
how easy it is for some people
to make you feel like
you belong.

(How about you start paying
more attention
to these people.
Hmm ?)
• 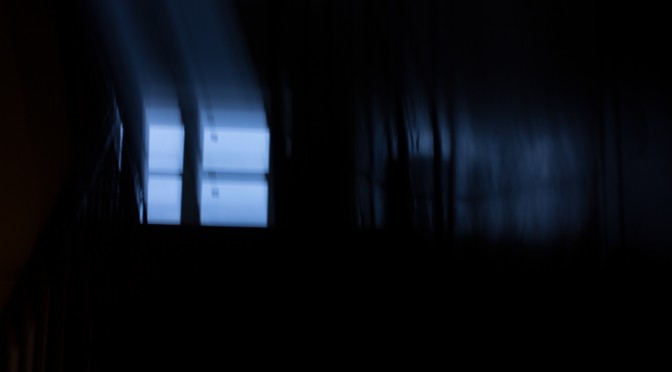 Fear not. In here, you are safe.
Every last thing inside bites,
Yes, but only at oneself.

Not that you have yet seen
The underneath of that peel.
How do you scratch yourself in ?
You may not. You ask. Politely.
And then you may come in.

You might find yourself lost at first
In this messy, yet familiar labyrinth.
You are not ;
The walls will be holding you
As much as they need company.
So reassure yourself.


While you take one step after another
If you ever rise your fingers
Against bricks and paper and clay,
You could feel the breathing, endearing sighs
Of what’s been left inside.

Then you’ll cross figures in the shadows
– Do they live ?
This you shall find out for yourself
Clues here cannot be handed
– Only heard from lost whisperers.

Fear not, here you are safe
And the house can’t stay
Around of you for long.

Fear not, here you are safe
Although you can’t leave it
It will leave you in time
And without noticing
You will stay there and chafe
The very roots from which
You’d been living inside.

Fear not, but be safe.
If you ever come back
There’ll be two of a kind
That shall fall together.